A radical punk band finding cult success despite themselves

Italia 90 look more like strangers waiting for a train than a band. Sat together in the corner of the Dog and Bell pub as a busy Friday night swirls around, they all seem completely engrossed in their own worlds. Singer Les Miserable, sporting tightly cropped hair and a Fred Perry shirt, thoughtfully sips his pint while next to him, drummer J Dangerous absent-mindedly scrolls through his phone. Guitarist Unusual Prices, meanwhile, is eating cold pasta from a Tupperware container while bassist Bobby Portrait sorts himself out after a trip to the bar. In fact, the only thing that gives these people away as musicians is the pile of drum breakables and guitar amps stacked up on a seat nearby.

As it turns out, the band are actually pretty comfortable with silence. Having been friends since childhood and former flatmates, they’ve pretty much come to terms with each other at this point. When I ask about the band’s dynamic Dangerous rolls his eyes in mock exasperation. “I reckon the shortest relationship in this band is twenty years. We all went to school together, moved to London together and have basically been hanging out with each other ever since.”

It’s hard to overstate the importance these deep bonds play in explaining Italia 90. As a group, they really are friends first and a band second, and this is the main reason why four admittedly very different people can meet up regularly and make music together, creating a space where personal egos are set aside and the music is the only thing that matters. Initially forming in 2015 when three members of the band shared a house in Whitechapel, the band have moved at their own pace ever since, almost deliberately ripping up the rule book for a post-Spotify band. Hardly the most active band on the capital’s music scene and only hitting the studio when the finances of the band allow, until now the group’s recorded output has sat at roughly one four-track EP a year. Yet somehow they’ve managed to achieve cult-like status on London’s punk and DIY scene.

Miserable just gives a bemused shrug when I ask about the reasons for the band’s success. “We’ve never been the most prolific bunch; maybe that’s because we’re all friends. There’s never been a sense of urgency with this band, and we don’t have a guiding mission or anything like that. My only explanation for the consistency is that we all know that no one is going anywhere.” 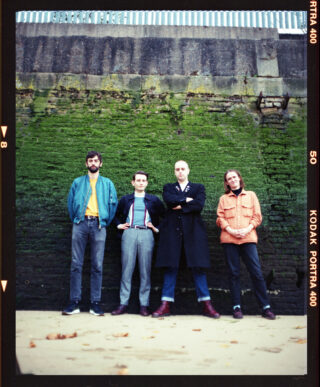 One of the most interesting side-effects of Italia 90’s long, steady rise is the way that it has allowed listeners to follow along as their sound has shifted and evolved. Originally inspired by the punk they devoured as kids, the band have always taken a test pilot’s approach to music, pushing the genre as far as it goes. This has been evident right from the beginning: even on the band’s first couple of EPs (I in 2017, II in 2019), you can find songs with the familiar textures and energy of punk slotted into song structures that stretch and warp the genre into long hypnotic freakouts or brooding potboilers. From there, the band have gotten bolder and bolder in their choice of inspiration, and the 2022 version of Italia 90 are just as likely to reference jazz, jungle and Bossa nova as they are UK Subs and Sham 69.

Discussing the band’s evolution reveals that the secret is to all dart left when you should go right. “We have a tendency to back away from anything obvious,” explains Prices. “Whenever we’re writing music and a song is starting to sound familiar, an alarm bell rings, and we head off in a different direction. The fun part of being in the band is the way we’re always creating our own little Frankenstein’s monsters.”

“It also helps that none of us are punk ‘true believers,’” adds Miserable. “Don’t get me wrong, we all love that kind of music, but we’re definitely not down with the restrictive nostalgia bullshit. Whenever we’ve tried to set parameters for ourselves, it hasn’t worked, and personally I see parameters as a bit of a cop-out. Why would you want to stump your own development?”

An album is the obvious next step on the path. For most of the summer the band worked on their debut, Living Human Treasure, and are determined to make sure that every twist and turn of the band’s sound is included. Recorded with the Folly Group’s Louis Milburn, the record feels like a real step change for the band.

“The whole process of recording was just a totally different experience for us,” says Dangerous as he recounts the week spent recording in Eastbourne. “We ended up recording most of it in the first two days, so we had the time to add layers and details that we often overlook. It was actually exciting to be able to spend a significant amount of time kicking around ideas and working through concepts. It’s allowed us to crawl inside our music and understand it on a deeper level.”

For a band who seem so keen to take a hammer to their own work and recreate from the bottom up, it’s pretty curious that Living Human Treasure is a mix of old and new songs. While the bulk of the tracklist is made up of the latter, the record also includes re-recorded versions of fan favourites ‘Competition’ and ‘New Factory’, songs that were originally featured on the very first EP.

“There’s no big mystery – we’re just really proud of those songs,” explains Portrait. “Rather than sticking with the versions we recorded on a shoestring, we wanted to do them justice and record them properly. I’ll admit that they sound nothing like the newer songs, but I think it adds to the album having them on there. It makes it feel more like a document that tells the story of the band; it shows where we’ve been, but also where we’re going.”

An album is an exciting point in the lifecycle of any band, but Italia 90 are certainly not letting themselves get carried away. In fact, as we speak, it’s notable how calm everyone is about the whole thing; they’re all eager to downplay any notions of progression and stress, that an album is just business as usual.

“Success has always been the furthest thing from our mind,” says Miserable when I point this out. “Our priority is to enjoy ourselves first and put everything else second. In a way, any recognition we’ve got along the way has really been in spite of our best efforts.” 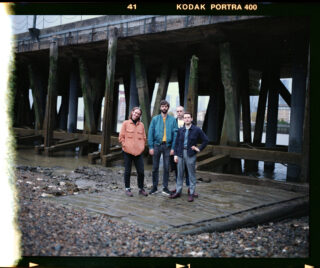 Italia 90 certainly give off the impression that success and ambition mean different things to them than many other groups. As a collective, the four-piece genuinely don’t seem bothered about headlining huge shows, selling loads of records or receiving critical plaudits. They’re more interested in the business of using music to highlight the plight of the powerless in the face of the powerful. The band are uncompromising about making music, and this includes the lyrical content of the songs; unsurprisingly that means that they’re unafraid to visit some uncomfortable places.

“The point of music is having something to say, and every song is a chance to say something,” explains Miserable when I press him on the band’s philosophy. “It’s never about being prescriptive or telling people what to do; I think you can definitely go wrong if you beat people over the head with meaning, but if I can use my words to identify problems and maybe offer a solution, that has to be worth something.”

Although they bristle at the suggestion, Italia 90 are a political band and can see the value of music as a tool for activism. They have deep collectivist principles who have no time for ego-stroking or empty posturing, both among themselves and with the punk scene at large. A recent song, ‘Leisure Activities’, for example, is a sharp response to bands that Italia 90 feel spend too much on style and not enough time on substance. “It’s not like it’s a diss,” explains Miserable. “The point was never to slag off any one band or say that ‘This band isn’t real’, it was more to call out those bands who say that they’re being political when in actual fact they’re just focusing on the banalest of points. If you’re going to say something with your music you should at least try to be radical – otherwise, how are we meant to change anything?”

Refreshingly, Italia 90 are also determined to practice what they preach,  and I’m interested to find out how they are planning to keep their feet firmly planted on the floor. “It’s certainly getting harder,” admits Dangerous. “These days, the band seems to be constantly clashing with our normal lives, and we definitely end up having to say no to a lot of stuff. That being said, I still can’t see this becoming a full-time job, and to be honest, I’m kind of happy with that. It might mean that we’re moving slower than other bands but it also means that we’re not beholden to anyone either. It’s the best of both worlds, really.”

Miserable nods sagely in agreement. “I have to say that any process that takes you from doing your day job to being a full-time musician is something to avoid. At best, it turns you into a weirdo, and at worst, it turns you into a full-on fucking arsehole. Personally, I see a job as a good way to keep yourself from becoming either one of those.”