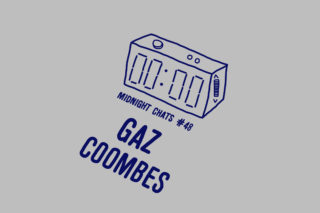 Two men ramble while they ramble

This episode of Midnight Chats starts and ends in Gaz Coombes’ garden. Not for any other real reason apart from that fact I thought that’d be quite nice to do that.

That’s not strictly true. The British woodland is one of the things that inspired the former Sugergrass frontman’s third solo album ‘World’s Strongest Man’ and there’s a fair bit of that near where the Coombes family live in rural Oxfordshire.

After Gaz kindly made me a cuppa – he makes a decent one – we started this recording out the back of his country home, before passing the bonfire that his kids think a witch lives in and into a field peppered with cow pats where he used to take acid with his mates.

So here you go – two men, having a ramble as they ramble, one slightly more out of breath at points than the other (that’s me) having a chat about toxic masculinity, Frank Ocean and vegetable patches.