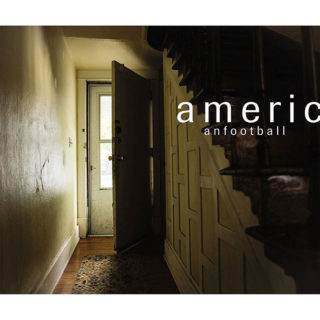 17 years after they left one defining album, and a pining cult following, American Football’s second self-titled album strikes a familiarly contemplative chord. This time they’ve had years (not months) to reflect – and it seeps. Drawing on the emo and post-rock that made their debut, ‘American Football’ slowly and imperceptibly draws you in.

‘Born to Lose’ ebbs and drifts as Mike Kinsella’s vocals float into the distance; ‘Give Me the Gun’ softly shifts through playful time signatures; and the triumphant ‘Desire Gets in the Way’ acts as the album’s mini-anthem with Kinsella’s voice adding power and volume to rousing key changes.

For most bands reconvening after a seemingly definitive end, time passed usually brings unwanted baggage, but American Football’s short history is pretty straightforward: they came, they played, they sort of conquered.

Almost two decades and a generation on, the teen immediacy that sparked their slow-burn success has been replaced by something older, wiser and world-weary, but on this evidence, it’s gratifying to see American Football catch up with their own history.