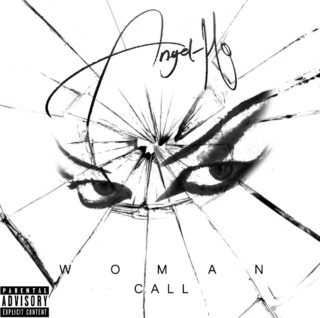 When Beyoncé stood on a stage at Coachella 2018 alongside dancers, drumlines and a marching band in a performance that would later become her Homecoming concert film, the writer Doreen St. Félix deftly called this homage to these overlooked art forms “an education in black expression.”

There’s something of that to Woman Call. This second LP by Capetown artist Angel-Ho, who co-founded NON Worldwide, a collective dedicated to championing contemporary African and diasporic voices in music, features a roll-call of popular music styles from the last century, all of which were innovated by POC artists in the US. Where her 2019 debut Death Becomes Her was happy to gesture towards them, Woman Call leans right in.

The brashness of ‘Golden’ alone acts as a microcosm of the LP’s many vectors of black music; jubilant jazz horns swell across a beat that could’ve set dance floors ablaze in ‘70s NYC lofts, as well as those of their Detroit and Chicago house descendants, while the always theatrical Angel-Ho introduces ‘the band’ as its boisterous bandleader. She name drops Maya Angelou on the title track, drumlines appear on ‘Spell On you’, but her act of decolonisation reaches a sort of moment zero with the scat section of electro-pop banger ‘Kisses Taste Like Honey’, where its impact straddles the tantalising space between novelty (read: cringe) and earnest expropriation of an art form long relegated to the trash heap of music history. It’s Ella Fitzgerald in RuPaul drag, and Angel-Ho’s queering embrace feels warmly redemptive.

Call it decolonisation or call it queering (or re-queering, as it happens); Angel-Ho knows one ought to feed the other, and if the torturous legacies of colonialism and racism can’t be undone all together, Woman Call shows that pop was always one of its battle grounds.