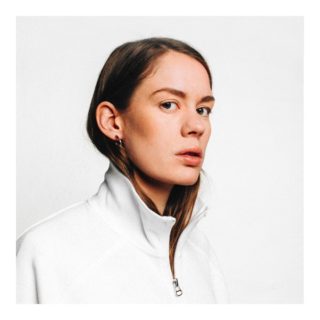 If you’re sick of indie music’s ongoing infatuation with ’80s soft rock, Anna of the North’s full-length debut will surely inspire some patricianly groans. But therein is ‘Lovers” caveat: it’s as great a pop album as you’re likely to hear this year, as long as you don’t mind a comprehensive mash-up of every song written with a Roland TR-808 between 1981 and 1988.

Lead single ‘Someone’, with its loudly anachronistic key change, is the prime culprit – a 4-minute track that manages to reproduce features of Fleetwood Mac’s ‘Everywhere’, ‘Time After Time’ and ‘Bette Davis Eyes’, buffered until it gleams like any current Top 40 contender. It’s occasionally difficult to listen to the Norwegian-Kiwi duo’s debut without involuntarily conjuring mental images of shampoo adverts, but Anna Lotterud’s mouthwash-fresh vocal lends credibility to what could have been a set of lazy period pieces.

‘Lovers’ is nothing if not an ironically-titled set of pop vignettes, with Lotterud working her way through the dissolution of relationships as both heartbreaker and heartbroken. ‘Moving On’ commiserates a former lover, while the title track sees Lotterud as the one left behind. For the most part, it’s relationship drama straight out of a teenager’s Instagram, but it’s a well-curated and glossy account. Anna of the North may not be shy about the source material, blending your parents’ slow dance tunes and your younger sibling’s weekly chart obsessions, but the result is undeniable: anachronistic pop bliss, with definite, gleeful emphasis on pop.

Anna Of The North