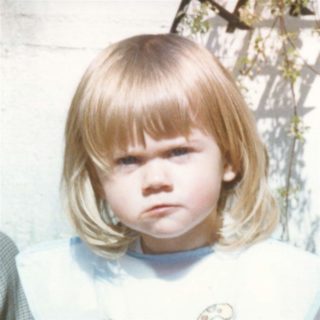 There’s a lot to be said for bands that exist quietly in the background and plough on. Indeed, with perseverance comes musical growth and, if you’re lucky enough, the recognition you deserved all along.

Bilge Pump are a case in point – generally neglected by the music press in particular (the NME once referred to them as “unlistenable guff”) but vital to a city’s musical landscape, the Leeds band formed in the mid-1990s and have since built a reputation for possessing a disturbing ability to upstage any band they play with, via their own brand of pastoral yet heavy, sometimes sweary noise rock.

Inevitably, then, the band’s first LP in ten years is an exciting prospect, and ‘We Love You’ doesn’t disappoint. Here, fractured art-punk and progressive noise remain the key themes, with vocals that border on medieval folk. It’s also weirdly pop at times, and probably the group’s most accessible record yet. ‘GUHAC’ even has a melody made for the radio, even if it does still include the usual complexities – the hard-rock drums and constant lead guitar are forever trying to out-work each other.

Anyone who’s been lucky enough to see this band live will know that they are a powerful anomaly. They are loud and riffy, and their defined patterns typically collide with Emlyn Jones’s witty lyrical diatribes. Fortunately, the fierceness of their live shows translates well here. ‘The Passion of The Kid’, which borrows from Can’s jam-like repetition, sounds just as vital on record as it does onstage, with its astute assimilation of Brexit Britain.

Weird, wired, and anything but unlistenable, ‘We Love You’ is a lesson in how to make idiosyncrasy accessible – danceable, even.