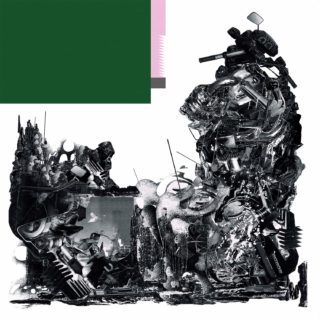 For the past few months, a combination of their enigmatic online presence, unusual backstory and a clutch of songs with giddy disregard for genre boundaries has conspired to make them the year’s most talked-about band, even as the quartet haven’t been doing a great deal of talking themselves. They haven’t done much to draw back the curtain in the interviews that they have given, and what they have revealed suggests four frustratingly normal nineteen-to-twenty year olds who’d rather argue about FIFA or Mortal Kombat than bicker over their musical influences. Even that, though, has bolstered the sense of fascination with them; it brings to mind of the Spiderland rehearsal footage from the Slint documentary Breadcrumb Trail, which was remarkable in that it revealed that one of the darkest and most inscrutable albums of the nineties was written and recorded by four kids who looked as if they’d just escaped from their high school chess club.

Unlike Slint, though, nothing about the rollout of this first Black Midi album appears to be happening by accident; Rough Trade clearly have a keen handle on the value of the shroud of mystery surrounding the group and are actively encouraging it, even going far enough to request that those with advance copies of Schlagenheim keep the track listing to themselves, as if the public at large finding out that there’s songs by the names of ‘Western’, ‘Years Ago’ and ‘Ducter’ could somehow bring the four-piece’s carefully cultivated closed-book air crashing down around them. Admittedly, neither the album’s title nor the name of the band itself feel like non-sequiturs; the former translates from German as “hit home” and the latter is taken from the invented online genre that involves creating impossibly dense remixes out of piling thousands of MIDI tracks on top of each other.

Schlagenheim does nothing if not hit home, in fairness, and it does so precisely because of the persistent sense that any given member of the group is about to run away with themselves on any given track. There aren’t too many obvious throughlines tying the album together; even the vocals are subject to change, with frontman Geordie Greep belligerent on ‘Reggae’, guitarist Matt Kelvin frenzied on ‘Near DT, MI’, and bassist Cameron Picton simultaneously monotone and menacing on ‘Speedway’. There’s little consistency to Kelvin’s guitar playing, too, both in terms of the tone (spiky) and the cadence (staccato one minute, furious shredding the next). Behind the kit, meanwhile, Morgan Simpson is alternately measured and thunderous, depending on what the moment calls for.

It all adds up to suggest that Black Midi do not appear to be operating within any kind of self-drawn parameters. Superficially, you could try to pick apart the songs by focusing on what they put you in mind of; Greep’s laconic drawl is often worthy of Mark E. Smith, the manner in which the time signatures oscillate wildly from strict to loose sounds like a band trying to subvert math rock, and there are bound to be suggestions that they’re a prog outfit thrown around when every one of the nine tracks here features at least one dramatic landscape change. To take that approach, though, would be to do Black Midi a disservice, because as much as everything about their image (or lack thereof) appears to have been carefully managed, Schlagenheim possesses a genuine sense of experimentalism – just for the wonderment of creating something that feels new, rather than simply for the sake of it.

The fact that all four members are recent graduates of the BRIT School has been a key part of their confounding background, seeming as it does about as congruous as David Lynch having been to the same film school as Michael Bay, but it’s important to realise that their education is more than just an interestingly leftfield tidbit for the album bio; Schlagenheim is scored through with a virtuosity that, if nothing else, puts to bed any argument that Black Midi are punks, because anybody should be capable of picking up a guitar and starting a punk band and Black Midi’s music instead seems defined by the technical ability of its players and their willingness to wander off in different stylistic directions to each other in order to see what happens.

That sense of adventure is responsible for all of Schlagenheim’s most thrilling moments. It’s why we get, in the form of ‘Reggae’, a track that begins with the rhythm section leaning towards that genre and ends with noisy urgency, Greep snarling frantically over Kelvin’s juddering riffs. It means that there’s an epic eight-minute centrepiece, ‘Western’, which paradoxically might be the most restrained song on the record, only allowing itself a collapse into a freewheeling guitar cacophony relatively briefly, at the midpoint – it’s bookended by long, melodic, almost ambient stretches that nod to the group’s beginnings. It’s when you see that kind of diversion sitting alongside, for example, early single ‘bmbmbm’, an exercise in future krautrock, that you realise that maybe the obvious points of reference for Black Midi aren’t the most accurate; spiritually, they feel closer to a band like Deerhoof in their insatiable appetite for constant shape-shifting.

There’s a real sense of self-assurance running through Schlagenheim for such a young band; it’s not just that they already seem to have real confidence in the sonic niche that they’ve carved out, but really that they’ve carved it out at all, given how much risk-taking it’s involved. In that sense, plenty of credit is also due to Dan Carey, the Speedy Wunderground man who’s handled production duties. It seems particularly serendipitous that he only ended up taking the position because he and the band move in the same circles around their de facto headquarters, The Windmill in Brixton; his particular skill set seems tailor-made for this particular band. All of his best work behind the desk in recent years has involved him encouraging artists to pursue their weirder impulses: the sorely underrated collaboration between Toy and Bat for Lashes, Sexwitch, springs to mind, as do the last couple of Kate Tempest albums. He’s done that here, too, but in enough of a no-nonsense style (the entire record was cut in five days) to prevent Black Midi from wandering too far off the beaten track, and from being consumed by their ambition.

The press release for Schlagenheim talks, this early, of what Black Midi are likely to sound like in a few years’ time – nothing like this, apparently. Therein lies perhaps the biggest obstacle standing in their way, though: for such an unapologetically weird band, their unorthodox way of marketing themselves already seems to have drawn a bigger audience to them than you’d expect there to be for this kind of music. In that respect, they conjure memories of WU LYF, or maybe even Late of the Pier, and the thing that those two bands have in common is that they only got to make one album. For everybody’s sake, we should hope they instead go down the road taken by Rolo Tomassi, who have creatively thrived in relative obscurity and who share with Black Midi an unrelenting desire to outdo themselves at every turn. Schlagenheim isn’t the sound of a band here to save guitar music; just four guys with tons of potential doing things entirely on their own terms. 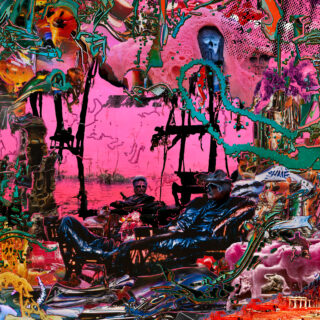 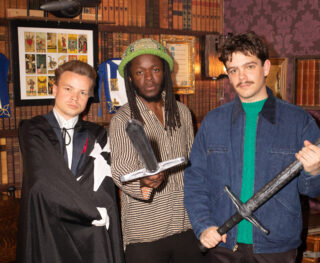