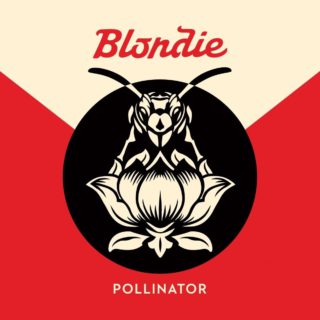 Nothing denotes a quest for cultural relevance more than employing a whole heap of contemporary well-known names to co-write your songs. It’s apparent that Blondie are very much aware of their status as a veteran band synonymous with nostalgia and the pervasive trend of revivals: on ‘Pollinator’ the band are clearly trying to figure out where they fit in the current musical landscape, but the results are frustratingly mish-mash and lack fluidity.

Still, ‘Pollinator’ is distinctly Blondie at their poppiest, most accessible, even often recalling some of their earlier hits. ‘Long Time’ – co-written by Dev Hynes – echoes the disco-tinged, hook-laden brilliance of ‘Heart of Glass’, and serves as the album’s pinnacle. Across the LP there are also contributions from Johnny Marr, Charli XCX and Sia. Elsewhere, retro synth-pop regularly collides with funk, particularly on the buoyant, light-hearted ‘Fun’. These easy-to-get-wrong facets are unfortunately heightened by unbearably polished, sterile production.

Although Blondie have never been much of a literate band – Debbie Harry’s lyrics have typically been unashamedly basic and playful, relying on a knack for melody. Here, on ‘Pollinator’, Harry’s words verge on embarrassingly primitive, only saved by the familiar, emotive strain of her voice that still retains a quality that’s eerily, and brilliantly, reminiscent of Blondie songs of yore.

But there is the odd special moment – particularly the comparatively placid, beautifully melodic ‘When I Gave Up On You’ that serves as a welcome counterpart to the confused chaos of everything else. It’s closer, ‘Fragments’, is also a well-wrought attempt at moody synthesis: “Do you love me yet? Fucking prove it” Harry sings, proof that she hasn’t mellowed over time, or negated her well-known defiance.

She is, of course, still a remarkable woman who could easily rely on the reverence for Blondie’s early work to retain purpose, but her rejection of nostalgia should be commended, even if it doesn’t quite work here.