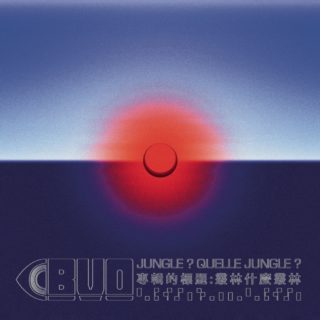 Parisian producer Adrien Durand is having a global party and we’re all invited. The only rule is you have to bring every ounce of musical heritage and history you can muster. Durand has, for a decade, been creating records that pay no attention to borders between lands or styles and on this first full length album the final product is more expansive than ever.

There are specific references to certain corners of the world at times – ‘Soleil Dieu’ features Haitian percussion, for example – but the real joy of Bon Voyage Organisation is in the unfamiliar combinations of flavours. At any given time, ’70s Hong Kong pop melodies may mingle with Eastern European rhythms and sub-Saharan African vocal inflections. Durand has spoken in interviews about travel, but in terms of global human migration rather than gap-year tourism, a topic also explored on a similarly mesmerising maximalist record by Bonobo in 2017.

Lead single ‘Goma’ is named for a city in DR Congo that is home to a rare mineral used in the manufacturing of iPhones, but this is no bleeding heart protest song about globalisation, rather an undeterred celebration of life. Politics is addressed (the title is likely a reference to the Calais encampments) but never given in to.

This is essentially a glossary of human talents, channelled through house, funk, disco, jazz, prog and countless other traditions. It is, perhaps inevitably, a little unfocused at times, but you senses that the mad professor Durand isn’t too bothered when the results are so endlessly fascinating.