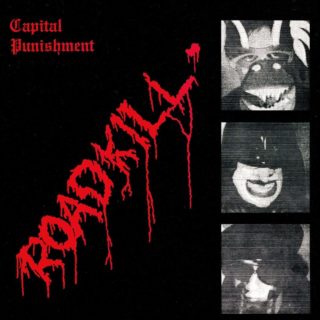 This reissue of Ben Stiller’s high school band could easily play out like a scene from his trilogy of Meet the… films. Imagine it: Robert De Niro is tipped off by one of his bungling informers that Gaylord Focker was once a drug-taking, heavy-drinking punk rocker in his youth. Cue a scene where Stiller is playing air guitar to a Ramones song, probably ‘Blitzkrieg Bop’, and De Niro is hanging by his fingertips from a second story window ledge before being spotted by Stiller and he falls into a skip of mattresses.

Except, Capital Punishment aren’t really a punk rock band. Especially not in your late ’70s traditional meaning. It’s very avant-garde, kicking off with a news commentary of a “hillside strangler” seeping into bagpipes and white noise. ‘Confusion’ is reminiscent of early Talking Heads, so much so it could be David Byrne’s new single.

It’s quite remarkable that a bunch of teenagers from New York City, who would end up being judges, professors, documentary makers and, one, a Hollywood megastar, would make a record with such a melting pot of ideas and influences. There’s even a parody of Spinal Tap on ‘Delta Time’, aping the faux English accents that were already taking the piss out of Mick Jagger.

There’s a definite post-punk new wave feel, a sense that even as teenagers they’d decided that punk-by-numbers was dead. This is a piece of social history that could easily come straight out of a movie.