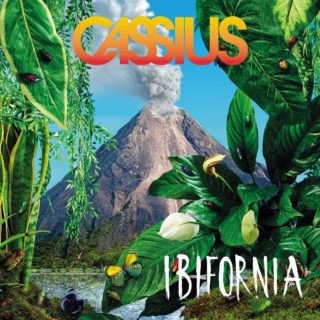 The fictitious tropical island of ‘Ibifornia’ is, apparently, a paradise where the hedonistic abandon of Ibiza combines with the sunshine pop of California to create, in the minds of its creators Cassius, some sort of portmanteau-driven musical idyll. The French electro duo’s latest record is a paen to their invented Shangri-La, with all the attendant whiff of concept album: different songs and singers (including Cat Power, Mike D and Pharrell Williams) praise the island’s varying virtues, and the wild genre-hopping contained across the record’s draining hour-long running time is defended as touristic adventure.

The truth is that, as a holiday destination, Ibifornia has more in common with Dubai than anywhere more Arcadian, being full of near-miss appropriations of other places, whether that’s peppy disco (‘The Missing’), filter house (‘Go Up’) or, most bizarrely, stadium rock (‘Blue Jean Smile’). The lightly Balearic closer of ‘Ponce’ offers the only hint of depth. Apart from that, ‘Ibifornia’ is a grating, garish and tacky tourist brochure self-satisfied to the point of onanism.