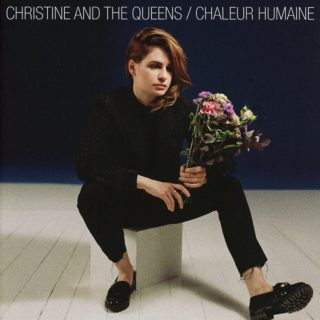 Héloïse Letissier throws some serious shapes, and her angular movements and sharp suits give her an androgynous form and an identity she’s happily claimed back home in France for some time.‘Chaleur Humaine’ is set for re-release with songs in English and added tracks, and with Phildelphia’s Tunji Ige and Seattle’s Perfume Genius on board it looks like it’s aimed squarely at the American alt market. There’s more to it than that, though, and Letissier’s creation myth is rooted in a moment – when lost and alone in London, three drag queens took her under their wings and birthed a musical invention.

Letissier never shies away from big themes. The album pushes at boundaries, obliquely dealing with feminism, gender identity and queer culture, particularly on ‘iT’. ‘Chaleur Humain’ is a synthy affair; a round-trip of electro outposts, from glitchy numbers like ‘Science Fiction’ to softer ruminations like ‘Paradis Perdus’. The stand out is ‘Jonathan’ (feature Perfume Genius), bringing out Letissier’s prosaic and experimental side, and playing to the strengths of Mike Hadreas’ dark, frisson-filled vocals. Both artists plaintively ask: “Can you walk with me in the daylight?”

Letissier is an empowering figure, and that can sometimes mean music becomes an avenue to explode down. What’s so striking about this album is its restraint. Letissier holds back enough to make you crawl deeper into her world.