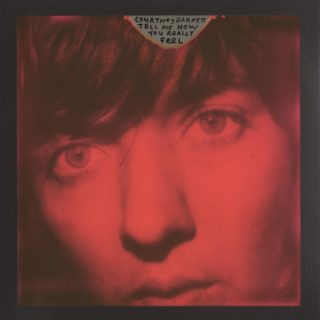 Back in 2015, as deep as the search for meaning behind Courtney Barnett calling her first album ‘Sometimes I Sit and Think, and Sometimes I Just Sit’ got was a debate about whether or not she’d picked it up from Winnie the Pooh (she actually took it from a poster in her grandmother’s bathroom, but the line is indeed often credited to A.A. Milne). This time out, ‘Tell Me How You Really Feel’ is less a request than a command, and you strongly suspect that Barnett might have issued it directly to her own reflection. It’s easy to forget that the breakout success of her last album was genuinely remarkable; how many female DIY songwriters from Australia are afforded the time of day in America and Europe, let alone the kind of lavish adulation that Barnett enjoyed off the back of her first LP.

The concern, then, is that the profound changes to her personal and professional circumstances will have robbed her of what had marked her out as such a singular talent; a wry observational eye and a languid purity of creative intent (“I’m an artist, man, not a machine,” she told me a couple of years ago when I pressed her for details on when she planned to start writing this second record). Instead, it seems as if her recent experiences have only sharpened her tools and focused her perspective.

The private cost of her success is the central theme here; anger, sadness and frustration abound on stormy opener ‘Hopefulessness’, whilst the sonically-opposite ‘City Looks Pretty’ is a breezy pop song centered around the melancholy that comes with emerging from the fog of depression to realise that life’s been going on without you. ‘Need a Little Time’ reflects on the psychologically draining effects of a suddenly elevated profile, whilst ‘Nameless, Faceless’ specifically launches a broadside against online trolls, even weaponising against them one of the more inventive insults Barnett’s received; “I could eat a bowl of alphabet soup and spit out better words than you.”

It’s little touches like this that serve as the strongest evidence that Barnett’s talent has been bolstered, not withered, by her ascension to indie rock royalty. There’s idiosyncratic flourishes at every turn, from quoting Carrie Fisher via Meryl Streep within the album’s first four lines to following the record’s two most furious punk outbursts with a song called ‘Crippling Self Doubt and a General Lack of Self Confidence’.

‘Tell Me How You Really Feel’ has Barnett more pointed, political (there’s a strong feminist bent throughout) and purposeful than we remember her from last time, but the self-awareness and incisive perception that truly define it have been there all along: they just burn brighter and ring louder the bigger her platform becomes.