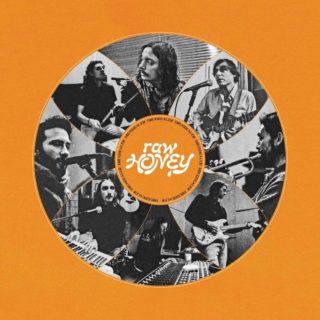 Raw Honey is the second album from Michael Collins’ Drugdealer project, following his merry 2016 debut The End of Comedy. The new release largely follows the trail laid out by its predecessor, enveloping the listener in a cloud of funky smelling smoke and transporting them back to the hazy days of Steely Dan and Crosby, Stills, Nash & Young. A cascade of chipper melodies and buoyant acoustic instrumentation, it’s the perfect soundtrack for lazy, warm summer days.

While The End of Comedy’s cover art placed Collins alone at the fore, here he’s – fittingly – surrounded by his collaborators: as the album’s press release stresses, “Drugdealer is more a collective than band”. Bringing into the fold many, many musicians and vocalists such as Shags Chamberlain, Jackson MacIntosh, Benjamin Schwab and Natalie Mering of Weyes Blood, there’s a palpable sense of camaraderie felt across the album’s nine tracks. You can picture them all sitting in a circle working on these songs together, passing around a joint or three as they air their troubles in good company. Approaching feelings of loneliness and anxiety with a refreshing sincerity, the album is a welcome antidote to our modern cynicism.