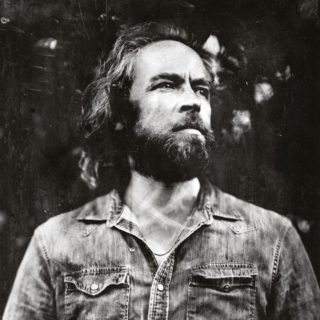 For his sixth album, Duke Garwood serves up a slow and subtle collection of blues songs. The production and orchestration are cleaner and crisper than they’ve ever been on any of Garwood’s previous records, making for an easy listen that breezes by in three quarters of an hour. It’s so smooth, in fact, that you can miss the grim spirit that runs through it. Garwood sets his grisly croon to dark love songs set in desert heat; the title Garden of Ashes is apt.

At the start of his career, Garwood was primarily known a talented multi-instrumentalist with famous fans, but his recent work, as a solo artist and with Mark Lanegan, has positioned him as a consummate bluesman. It’s a fitting role. Garwood’s voice, reminiscent of Nick Cave’s evocative baritone, is a natural match for the genre. But Garwood’s experience has trimmed away some of the interesting, unpolished sounds you found on early work like ‘Dreamboatsafari’, where he sounded like an autodidact feeling his way around. Now, he sounds like a veteran.

Being a veteran ultimately proves to be a good thing here; it gives ‘Garden of Ashes focus, lyrically and musically. Garwood sings constantly about suffering under a hot sun; his voice beautifully captures the exhaustion that comes with over exposure. The music channels the same languor, moving along at a steady, soulful pace. The album’s best tracks are its two lead singles, ‘Coldblooded’ and ‘Coldblooded the Return,’ joint songs that open and close the album respectively. The former is a straight and simple blues the latter incorporates all the anxieties that have grown over the course of the record. Garwood is right when he sings, “Lonely songs will echo here long after we leave.” ‘Garden of Ashes’ lingers after it finishes, and will be sure to reward repeat listens.