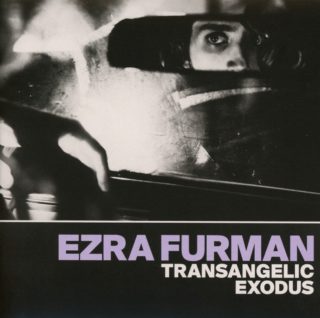 Ezra Furman has never played by the rules. The 31-year-old has become one of pop’s unlikelier heroes, a performer of rare honesty who gained a sizeable cult following 2013’s ‘Day Of The Dog’ at the very point he was considering giving up music to become a teacher. So it makes a strange kind of sense that ‘Transangelic Exodus’, his fourth solo record and one that’s supposed to launch him towards pop superstardom, is something of a concept album; “a queer outlaw saga” as he puts it.

Gone are the classic rock ‘n’ roll romps of his earlier work, replaced by something darker and more feral. Partly this is down to the subject matter he confronts – fascism, paranoia, and stigmatization are all dissected – and partly due to a desire to do something different. This new mood is evident from the off; the sickly, anxious groove of ‘Driving Down to L.A.’ and the scratchy, sparse orchestration of ‘God Lifts Up The Lonely’ – including a verse entirely in Hebrew – capture a sense of despair and fear that runs through all thirteen tracks.

But Furman sounds defiant too, injustice fuelling his creative fire. “I’m not about to sit here and watch as they suck the blood from my wound” he spits on the opening track, detailing a break for the border with his lover. It’s a wild ride that chimes perfectly with troubled times and cements Furman’s status as a modern pop auteur of some repute.