Even with its heavy cast of collaborators, Seguridad retains the clear vision Gaika has been building since his early mixtapes, at least in terms of how it sounds. Warped vocals, airy synthetic beats and a nocturnal approach to dancehall are the signatures that make up the sound Gaika labels “ghetto futurism”. Though it shares some DNA with trip-hop, grime and trap music, the dystopian politics Gaika fuses into this sound are really what make him stand out. Recorded while on tour in Mexico, this collection feels more off-the-cuff than the rich and visceral world captured on his Warp debut Basic Volume, where distinct song structures and bold shots of noise and dissonance were more at play.

There are some memorable moments, like opener ‘Of Saints’, a harrowing ballad that reconciles black suffering with ideas of nobility and ancestral claims to greatness. Lines like, “There’s kings and queens on every street” are placed near ones like, “Remember, this isn’t our world”; the conflict between being proud of oneself in a world that rejects you is very well drawn.

While the project retains Gaika’s incendiary approach to production, the tunes themselves feel slight and ephemeral. ‘Iron Cut’ could do with a notable progression or shift in dynamics, its chanting chorus growing stale over its repetitions. Gaika’s autotuned crooning isn’t as colourful or tuneful as it has been in the past either. Tracks like ‘Ecstatica’ an ‘Brutal’ bleed together, with vocals that quickly grow monotonous with drawling effects layered over them, and little done to lift them out of the murky beats that back him.

Gaika’s music has the potential to draw powerful emotions out of bleak realities – and occasionally it does here – but the apathy that lies beneath Seguridad frequently deflates the songs more than it adds to them. 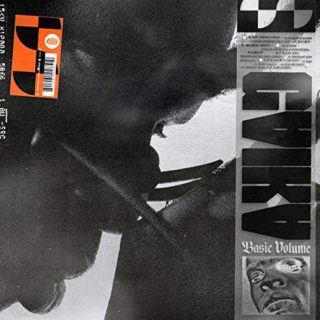