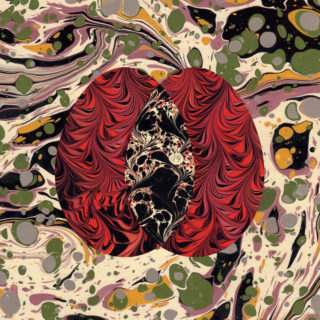 Staring at the cover of Grumbling Fur’s fourth record for long enough provokes much the same sensation as listening to their wonderfully infectious psychedelia and leftfield pop – you feel sure an epiphany can’t be far away. For Alexander Tucker and David O’Sullivan have served up yet another deliciously eccentric set of tunes that tease and meander, and cement their status as one of the underground’s most vital psych acts.

“Difficult” is often attached to those who steadfastly walk their own path, but what’s most impressive about ‘Furfour’ is how accessible and warm it all sounds; don’t let the scraps of spiritual texts and odd time signatures fool you. From the mellow groove of ‘Acid Ali Khan’ to the dark chug of ‘Suneaters’, there’s plenty of killer pop here; the clarity of thought and the simple beauty of their melodies are hallmarks of ‘Furfour’s best moments. And when you’re mixing panpipes with dub, home made beats and sitars – and making it sound so easy and effortless – you know you’ve found a very special album indeed.