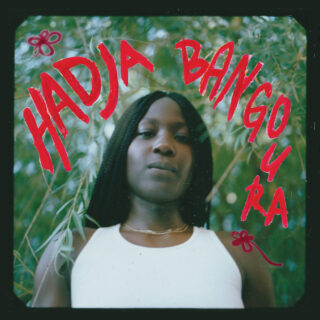 At just 18 minutes long, you might expect HADJA BANGOURA to make a forceful statement of intent. It does – but what’s striking about the rapper, singer and model HAWA’s debut full-length is how gentle it is.

The album maintains a single soft, dreamy sound palette throughout, mixing R&B with indie, gentle shades of IDM and faded half-memories of New York drill. The consistency could get exhausting, but HADJA BANGOURA avoids this by constantly moving onto new ideas. Few of the tracks touch two minutes in length, and only one reaches three: ‘Trade’, which mixes sliding 808s with a garbled vocal sample and several layers of HAWA’s voice.

The shorter tracks rarely feel incomplete, though, and range from spare piano ballads (‘Progression’) to beats which wouldn’t be unfamiliar to Aphex’s Analord series (“Ain’t U”). These are snippets not as a window into something larger or as a marketing tool, but as full artworks in themselves. It’s a bold approach to pop music, even in a time where all you need to launch a career is the right three-second snippet in the right TikTok – but sometimes a small statement is all you need to fill a room.