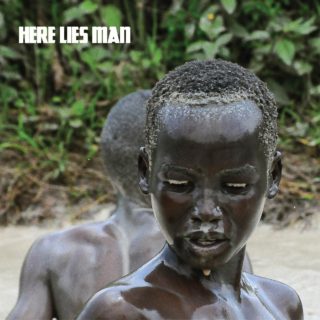 As a member of Antibalas, Marcos Garcia already knows a thing or two about the hypnotic swirls to be found spinning deep inside a locked groove. Here, he sidesteps from the Cuban strut of his other group and, via this newly formed LA-based band, Here Lies Man, plunges into riff-heavy psychedelic rock, which could very easily become your local record store’s favourite release of 2017.

There is a problem with ‘Here Lies Man’ though, and it is an obvious one – it feels a little late to the party as the east meets west rhythms unravel in territory very reminiscent of Goat’s recent exploits.

There’s a heavy layer of fuzz that coats the record throughout, with the vocals often feeling distorted and trapped, as though coming in from another recording session elsewhere. Such stylistic choices make the more experimental, busy and often chaotic moments from the album buzz with a feeling of genuine mania and intensity, like the sound of the streets bustling with life and vibrancy. In that sense, it works well.

However, a big chunk of the album is also too much of a slave to the riff and can feel a little repetitive, with each guitar riff and keyboard melody failing to offer something deeper with repeated listens over its 8 similar tracks.

The album ultimately feels most alive though  – and it has some elated moments – when it breaks from the formulaic template that it sadly sticks a little too close to for the most part.