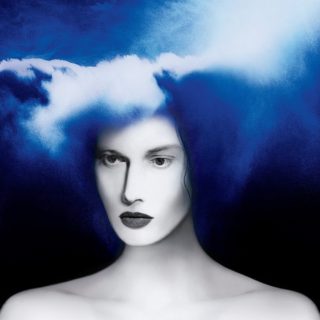 In 2016, Jack White was responsible for the first (and, at time of writing, the last) vinyl record played in space when his label Third Man launched a zero-gravity turntable spinning their edition of Carl Sagan’s ‘A Glorious Dawn’ into the upper atmosphere. The official reason for the stunt was to celebrate Third Man having pressed three million discs since their inception but, much like Elon Musk launching his own sports car into orbit last month, there was an accompanying whiff of onanism to the whole endeavour. For Musk and White alike – both eccentric Generation Xers approaching middle age with an apparently unending lust for kooky self-promotion – their companies seem to be mutating into personality cults. On the one hand that’s all momentarily entertaining, and no doubt a jolly jape for their respective fan clubs, but, on the other, one wonders quite what the point of it all is, beyond giving each company’s millionaire obsessive founder something to fill the day.

Which brings us neatly onto White’s third solo album, a record that could only have come from the kind of bored auteur who has few self-critical faculties left. Accordingly, if you still require confirmation that the world in 2018 doesn’t need an album of scrappy electronic squiggles masquerading as electrofunk, vocoders atop horror-movie synths and, yes, a rich rockstar rapping about the perils of materialism, then ‘Boarding House Reach’ is the album for you.

It’s not that this is a terrible album, but just a rather unwelcoming one. Indeed, when White receives no answer to his rabble-rousing calls of “who’s with me?” midway through ‘Corporation’, his voice quivering with comical animation bordering on the coital, it’s telling: you rather start to wonder who this record is for, beyond White’s cadre of vinyl bros and, of course, the man himself. Later on White tells us, inexplicably, that he’s “in a mine shaft” before asking “can you hear me now?”. Again, the track chugs on with no reply, and for a musician so associated with fruitful collaboration, White’s splendid isolation here is disconcerting.

That sense of remoteness permeates the album. Where in previous solo outings potential solipsism has been rather brilliantly tempered by White’s playing and songwriting, both flounder here amid electronic experimentation that is neither particularly original nor technically impressive. ‘Respect Commander’, with its looped breakbeats and the sort of synthetic string hits that come preset on discarded keyboards at the back of Cash Converters, is, most charitably, a series of ideas requiring further development. Meanwhile, ‘Hypermisophoniac’ – referring to people with particularly acute sensitivity to grating noises – opens with a series of, erm, grating noises and pitch-shifted vocals before White informs us, out of the blue, that there “ain’t nowhere to run when you’re robbing a bank.” Sage advice, sure, but in the context of the album as weirdly inconsequential as any other lyric here.

Most jarring of all, though, is ‘Ice Station Zebra’, a sort of funk-rap workout in which White pushes a series of neat grooves around his impressively tight session band before deciding the best augmentation to this shuffle is a rather desperate rap. “Listen up if you want to hear,” implores White, but the gut response is quite the opposite; for someone who’s cultivated a career around effortless, virtuoso cool, the strain in White’s voice as he blurts his flow is saddening to observe.

Perhaps most frustratingly for ‘Boarding House Reach’, though, is that alongside the sonic mess there are also flickers of the inclusive, addictive and propulsive musicianship for which White earned his, ahem, stripes. The libidinous strut of ‘Over and Over and Over’ is a reminder of the sort of delicious simplicity that White does best, and although it was, tantalisingly, originally earmarked for Jay Z, White’s gospel hollers are more than a match. ‘Why Walk A Dog’, too, about the advantages (and moral perils) of pet ownership, is a terrific example of White’s talent for curio songwriting, and the album’s closing pair are a delight: The beautifully hammy old-country waltz of ‘What’s Done Is Done’ is full of genuine soul played with expressiveness, love and longing, and ‘Humoresque’ is a warm and contentedly tired ballad set to the tune of Dvorak’s famous piano piece that bathes its outro in brooding jazz chords, building and swelling with rather understated gorgeousness.

It’s a strange way to conclude a strange album, the final two tracks as non-sequitous as anything that’s gone before it but, thankfully, also saving the most pleasant taste until last. White himself has proudly described ‘Boarding House Reach’ as “bizarre”, and he’s not wrong. More concerning, though, given White’s fondness for conceptual heft, is how lightweight it is. So preoccupied he seems with how he could make an album this strangely self-absorbed, he never stopped to wonder if he should.