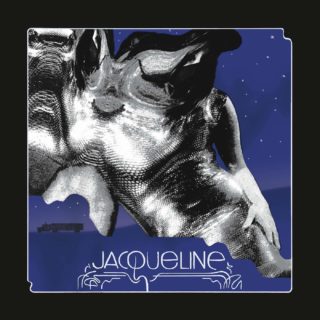 Let it never be said that Haley Fohr doesn’t know her way around an engaging alter ego. Following up her debut release under the Jackie Lynn moniker back in 2016 – and a wildly successful second foray into what-used-to-be-called freak folk as Circuit des Yeux – Fohr defies the notion that either project should pin her down with Jacqueline, ostensibly a concept which follows the daily life of our titular picaro, a femme long-haul truck driver, from casino to Odessan bar, with an incongruous debt to electric disco as audacious backdrop; filling station Americana as high camp, a few hundred yards apart from her previous work.

This is all to say, as conceptually robust as Jacqueline might be – from the Moroder-worship of ‘Casino Queen’ to luscious comedown ‘Traveler’s Code of Conduct’ – following the vague narrative won’t come close to the sheer joy of the sound. Fohr may be one of the sole artists capable of undergoing genre exercises with the same pro appeal as her more ‘serious’ output. ‘Shugar Water’ is one of her most pop-minded numbers to date (think Nico fronting Talking Heads twisting their way through an ABBA deep cut), but far from cheapened by Fohr’s enduring weirdness. That’s Jacqueline; one of today’s most outlandish artists attempting a wider connection, ironically projected through a sparkling face mask.