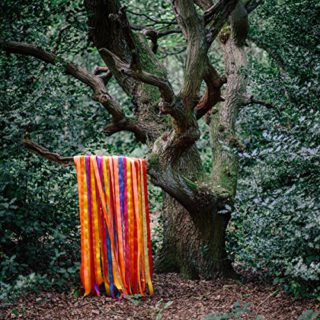 The stylistic development that James Holden underwent from his debut album to his second, 2013’s ‘The Inheritors’, was marked: fairly standard trance had made way for gambolling, expressive improvisation and sprawl which, although performed largely on modular synths, had far closer relatives in post-rock and ecstatic jazz than it did in anything that one might term “electronic”. The difference between albums two and three is less dramatic – many of ‘The Inheritors’’ touchstones are retained here – but Holden’s latest expansion is no less impressive: if ‘The Inheritors’ was the sound of someone clearing their throat after losing their voice, then ‘The Animal Spirits’ is a charismatic series of speeches that deploy a new vocabulary for maximum impact.

The clearest facilitator of this newly refined articulation comes from Holden’s marshalling of a live band, whose collective symbiosis with the producer teases the organic from the synthetic in often magical ways. RocketNumberNine’s Tom Page brings a restless, scurrying energy to his drum kit, augmenting the sealed-off bleeps of Holden’s synth parts with a three-dimensional tangibility, and his frequent blasts of rattling, rustling hand percussion weave into the backbone of several tracks like sinewy climbing plants around an orderly garden trellis. Equally, saxophonist Etienne Jaumet’s alternations between jungle-animal squall and brief flourishes that leap majestically from their surroundings, and Marcus Hamblett’s melancholic cornet playing both provide a delicious push-pull to the album that leaves it not only a technical masterclass but also something far more viscerally affecting.

Indeed, the latter is where ‘The Animal Spirits’ is so successful: while this is 50 minutes of undeniably chopsy playing, it’s the emotive range of Holden’s compositions that lend the album its lasting appeal beyond knockabout jam-band fun. Accordingly, there’s an intrinsic desperation to ‘The Neverending’, as its ripples of electronics stretch out across the track in a sort of codified wail; closing piece ‘Go Gladly Into The Earth’, meanwhile, offers up poignant harmonic progressions that leave it feeling rather sleepily resigned, its trailing-off sax micro-melodies resembling perhaps a woodland animal bidding a yawning farewell before succumbing to hibernation; and ‘Thunder Moon Gathering’, a militaristic samba behemoth that’s also the finest single track Holden has ever made, is full of angst and suspicion, tension and shamanistic incantation.

It all combines to create something whose complexity only increases with closer scrutiny, evoking, like an Attenborough documentary or even a particularly fiery weather forecast, strange snapshots of stories and environments that remain a knight’s move from normality. Dramatic, colourful and Holden’s fullest-sounding work yet, ‘The Animal Spirits’ is another positive mutation for a musician who, you sense, is only just getting going.