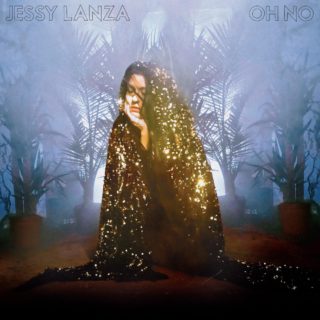 In Jessy Lanza’s genre, tempo matters. Since releasing her 2013 debut of gossamer slow jams, she’s successfully teamed up with both Ikonika and Caribou, and made her own DJing appearances, and that exposure to more upbeat club-ready material is manifested on her follow-up album by a rise in the heart rate. It’s for the better too: where ‘Pull My Hair Back’’s seductive lullabies were occasionally so diaphanous as to almost disappear, the increased tempo here adds a welcome heft to Lanza’s slinky songs, leaving a record of confident statements in comparison to its predecessor’s whispers.

But that’s not to say Lanza’s delicacy has dissipated; indeed, perhaps ‘Oh No’’s greatest trick is preserving the falsetto filigree glide that’s become something of her calling card. However, it’s now given contrast by a brassy, brattish braggadocio that recalls Grimes’ slightly feral nature, but with added dancefloor substance: both the title track and ‘VV Violence’ are a pleasingly screwy whisker away from being bona fide bangers, and mark ‘Oh No’ as a record of Lanza’s satisfyingly swift progress.