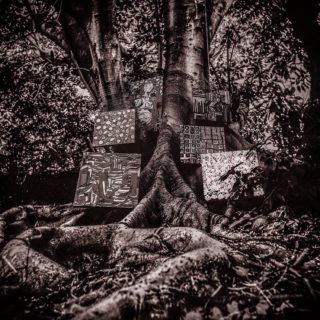 Kamasi Washington is scaling down: after 2015’s ‘The EPIC’ comes simply the ‘EP’. That said, while the saxophonist and bandleader has trimmed length – the 32-minute-long ‘Harmony Of Difference’ EP runs significantly briefer than the three hours of Washington’s debut – he’s retained all other dimensions: this is still impressively broad big-band cosmic jazz, Coltranesque spiritual meditations peppered with fluttering soloing and earworm themes. The result is, as before, luxurious, grand and just a touch prog, but this time more inviting: that one doesn’t need to set aside an entire evening to take in ‘Harmony Of Difference’ is definitely a draw.

Not that it’s necessarily more straightforward. Tracks here are each named after virtuous abstract nouns, although more often than not it’s difficult to trace a line from title to content. Quite how, for example, a snappy two-minute strut replete with the disc’s most virtuoso playing equates to ‘Humility’ is fairly opaque, and it’s only in the reappearance of the ‘Desire’ theme during closing cut ‘Truth’ that one could infer anything reliable regarding Washington’s take on the human condition.

That doesn’t particularly matter, though. The appeal of Washington’s music lies in the rather elegant combination of approachability with serious technical chops. ‘Harmony Of Difference’ extends that appeal and adds the one thing ‘The Epic’ didn’t – leaving the listener wanting more.