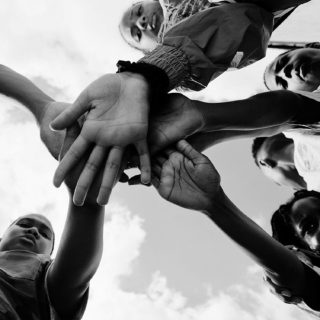 It’s rare that you come across an album which has so much purpose and intent behind it, but Hoodies All Summer is one of them: it’s about “the directness, the urgency about it, the no-bullshitting […] [Made In The Manor] was about me, this album is about ‘us’.”

The country’s neglect of marginalised people is a clear concern, but in turning his sight outwards Kano’s also made an intensely personal record. You can tell from the very first bars on the grandiose opener ‘Free Years Later’, which sees Kano looking back over the wild reception of Made In The Manor over muted strings and icy vocal chops: “Glass half empty, waking from dreams chasing my fears / I ain’t never cried so much tears in all these years.” Even on his victory lap, painful reality is lurking around every corner. There’s a couple of flexes here and there on this track, but don’t expect many more. There’s nothing particularly radio-friendly or easy to passively consume on this album. Hoodies All Summer is confrontational: it wants you to look at the UK’s politics for the callous mess that it is.

Even the tracks which are bound to rocket up the charts, like ‘Can’t Hold We Down’ featuring Popcaan, feel almost incidentally catchy. It’s a loose sequel to ‘T-Shirt Weather in the Manor’, all joyous piano and pop appeal which is going to hit squarely as a late-summer anthem, but it doesn’t compromise the overall feel of the record at all. The only real moment of fan-service comes on ‘Class of Deja’, where Kano partners with Ghetts and D Double E in homage to underground radio station Deja Vu FM. This one’s so good that you won’t care that it doesn’t really fit the rest of the album.

It’s telling that the hooks on Hoodies All Summer are often its most painful parts, the moments that Kano wants you to remember. On ‘Good Youtes Walk Amongst Evil’, Kano raps over shuffling drums and a mournful, crystalline synth with depressing specificity: “Black tie / every day / another trouser crease / every day / another funeral / every day”. It’s a raw expression of the rage and pain that follows grief. Kano won’t have it, though: he’s “got to speak of the bigger things, shine is irrelevant”. You see him lay it all out on the very next track, lead single ‘Trouble’: “Politician, hush, don’t make a sound […] these gunshots never reach your town.” Hoodies All Summer wants you to be angry, because if anything’s going to change we all need to be.