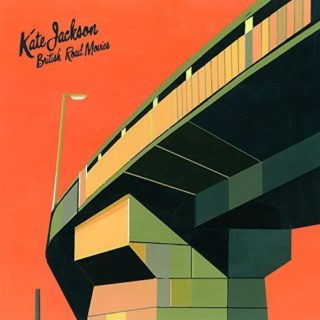 It’s nearly eight years since The Long Blondes ceased to be. It wouldn’t really be right to call it a split, because that suggests some dramatic fault line in terms of personality or creativity, when in fact it was just the cruel arbitrariness of fate that put paid to Sheffield’s shining stars of the 00s. Dorian Cox’s stroke left him unable to play guitar, and rather than throw herself back into a scene that would’ve graciously embraced her, Kate Jackson instead took a step back, moved to Rome and became a painter, specialising in architectural paintings.

In actual fact, she announced her intention to put out her own record back at the time of the split, in 2008, but only now has she made it so, with the help of Bernard Butler. Good things come to those who wait – ‘British Road Movies’ is a ferocious skewering of the last decade of rank-and-file synthpop that’s largely comprised the British indie-pop scene since Jackson disappeared.

She’s as romantic (and British) as ever, too, in that deep vocal and also her theory behind these songs – why should it only be American roads that dominate popular music? British roads can be just as cinematic. Opener ‘The End of Reason’ sets the tone, boundlessly energetic, and everything else just falls in line – ‘Metropolis’ so playful and bouncy, ‘Stranded’ so sharply melodic, and ‘British Road Movies’ such a short sharp shock to the core of British indie pop.