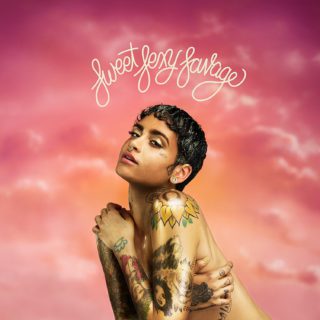 The sticky, timeless RnB sounds of ‘SweetSexySavage’ transports me to the land of my teens: of Barcardi Breezers, of fights with my dad, of Reebok Classics, Kappa tracksuits and slobbery kisses with unsuitable adolescent suitors behind the old garages. Does everything sound like something else now, or is it just me? Because I’m hearing Ashanti, Aaliyah and Brandy when she wasn’t being Moesha (especially on the tracks ‘Escape’ and ‘Do U Dirty’ and ‘Thank You’). I’m hearing Usher, Donell Jones and TLC (‘Too Much’ and ‘Not Used to it’) blasted through the tinny speakers of a Miss Selfridge somewhere on the border between London and Kent.

This is the new record from Oakland’s Kehlani. It’s a mash-up of old-skool RnB, underlaid with hip-hop beats and spoken word. I like it, despite – or perhaps because of – the nostalgic feelings it stirs. It’s classic in the way Michael Jackson’s music is classic – it might have been released now, or twenty years ago, but you can still imagine teenagers getting off to it at a house party; Mums playing it while they clean the kitchen, reminiscing about a time before the red-eyed tiredness and relentless responsibility.

The movement between skits, songs and spoken word gives the familiar sounds a contemporary edge – especially the inclusion of that London accent on the intro to ‘Piece of Mind’, something I can’t imagine would’ve happened back in the ’90s. Though I can’t quite remember, it was a long time ago.