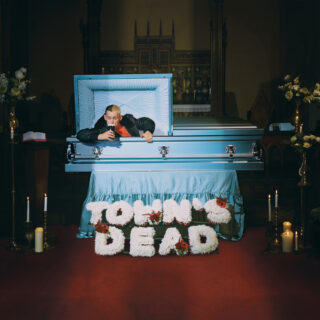 A sense of place can be vital in rap music. For Kojaque, Dublin fulfils that role. Town’s Dead, the sharp, poetic release from Ireland’s most rightly lionised rapper, is built on dispatches from an inevitably crap, unplanned New Year’s Eve in the city, where nobody’s gaff is vacant of mums, and “town” is mercilessly blacklisted with a wily line from Kojaque that sticks out of his mouth like a cigarette hanging loose. But as the album progresses, the night somehow still ends up being something.

Kojaque’s arrangements are disarmingly galvanising. The milky, jazzy beats can set off in one direction with a smoky sax line, a fluid piano score, or a playful zigzag of synth, before thrashing you with spinout guitar crescendos, subdued air horns or a WhatsApp recording.

This is a visceral portrait of Kojaque’s city: a place that incites a corrosive frustration in being working class, latent with talent and subject to the grinding neoliberal forces that mean you can’t make rent on the same street you grew up in. On tracks like ‘Fallin For It’ and ‘Wickid Tongues’, Kojaque’s lines put you right in the creeping claustrophobia of Dublin like you’re living it. In ‘No Hands’, memories hang in the air, can needle you, as Kojaque takes you back to his single-parent childhood, dangling his feet on the church pews, and forward again to New Year’s, asking his late dad if he’s proud.   And it’s not the words alone that transfix: few albums this year can be as potent as this.