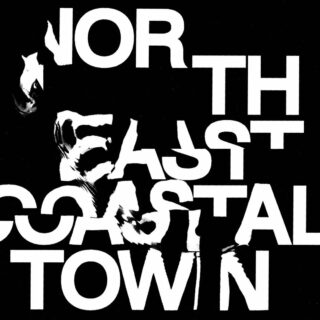 There’s an admonition in the name: before pressing play, LIFE (all-caps) has the sound of a didactic band. With two studio albums under their belt that have had their hometown of Hull quietly breathing through every note, their third is ready to be more explicit in its gratitude. North Eastern Coastal Town is their love letter to the city; sounds from the Northern bank of the Humber Estuary that’s informed every aspect of their development thus far.

To further the concept, each instrument used on the record is from within a 40-mile radius of their birthplace. But it’s tough to hear the city’s influence beyond that; a Fender Stratocaster bought in Hull sounds remarkably similar to one bought literally anywhere else. On album opener ‘Friends Without Names’, frontman Merrick Sanders-Green is all Charlie Sheen in his delivery, then Yard Act on ‘Almost Home’, while ‘Shipping Forecast’ is a bare imitation of Fat White Family-esque surrealism which rhymes every word with ‘weather’.

An album surely aware of the quicksand around the post-Mods age of Quietus-coined Landfill Sprechgesang carries a few dejected lo-fi highlights in ‘Duck Egg Blue’ and the slow-brawl sing-along of closing track ‘All You Are’. But in trying to make a record that sounds both big and small at the same time, they’ve pulled off neither; that’s LIFE, but none of it feels particularly real.