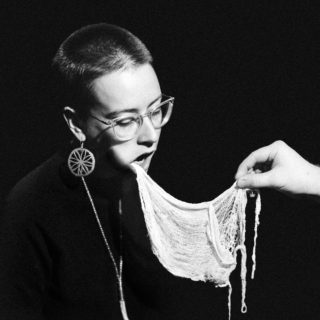 Maine musician Lina Tullgren’s pretty debut is a collection of brief, apparently autobiographical stories that veer between darkness and light, narrating how it feels to be twenty-something and learning who you are for the first time. On ‘Face Off’, for example, she evokes her absent parents (“Mom’s on the island / Dad’s up north / Going insane”), working through the pain of searching for oneself, haunted by thoughts of the not-yet-distant past. ‘Red Dawn’ sees her searching for optimism and struggling to throw off the persona she’s created (“I should stop believing in pain“), while on ‘Summer Sleeper’ she’s pondering what it means to ‘let go’.

The lyrics veer, at times, into post-adolescent cliché – and the tracks are a little samey – but Tullgren’s raw, lyrical voice and the sonic composition cover these conceptual flaws. The record works as a perfect showcase for her raw, lyrical voice, culminating in a promising debut that suggests, once Tullgren’s finally decided who she is, there will be great things to come.