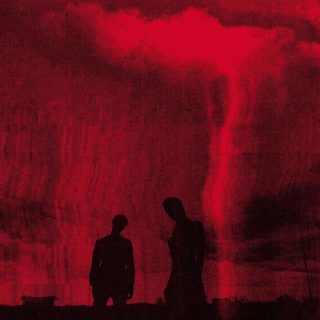 According to Lost Under Heaven, ‘Love Hates What You Become’ is an album inspired by two very different ideas of the wilderness. The first is an actual desert, with the bulk of the album recorded in the Mojave, while the second is more of an ’emotional wilderness’ inspired by the drunken revellers who crowd the intersection outside Ellery James Robert’s windows in his native Manchester.

However, the problem with ‘Love Hates What You Become’ is that, in this case, the frame might be a little better than the actual picture. There are certainly some great ideas on this record, with songs like ‘For the Wild’ dealing with modern populism and ‘Post Millennial Tension’ morphing into a bitter gospel-like lament on a world that forever seems to be spinning out of control. It’s just that the whole thing often gets lost in its own production. All the songs appear to follow a similar emotional and sonic trajectory – a tried and tested quiet/loud/quiet/loud formula that’s fine for a few songs, but leaves you feeling a bit pummelled in after ten.

So, yeah, ‘Love Hates What You Become’ is an accomplished record, full of sweeping vistas and life-affirming sunsets, but I can’t shake this feeling that somehow I’ve been here before.