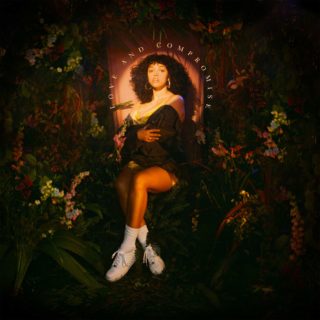 Mahalia Burkmar’s debut album opens with a clip of the 1982 Eartha Kitt interview from which it takes its title. A chorus of vocals reverberate around the crackling audio as Kitt is asked whether she would be willing to compromise in a relationship. “Compromising for what? Compromising for what reason?”, she responds in disbelief as a kick drum punctures the mix. ‘Hide Out’ then becomes a cross-generational duet, where Kitt’s steadfast self-respect is echoed in Mahalia’s soulful diatribe against an unfaithful partner. “You don’t know what you had, I’m amazing”, the 21-year-old sings, giggling along with Kitt’s wild laughter.

Mahalia takes that unflappable energy and runs with it. Whether making a clean break (‘Do Not Disturb’, ‘Square 1’) or musing over an ex (‘I Wish I Missed My Ex’), she brushes off toxic relationships with an apathetic shrug. Even flirting with the possibility of new love (’Good Company’), Mahalia knows her worth: “If you can respect me I’ll let you stay”. Self-care is Love & Compromise’s bottom line.

Like a guided relaxation tape, the album’s pillow-soft instrumentals slip us into Mahalia’s euphoria. Heavy piano chords melt into warm, purring synths on ‘Regular People’ – a tender ode to being ordinary – as Mahalia sings about loving her body and skin. Hypnotic drones and subtle percussion score the romantic, carnal imagery of ‘Consistency’. The Burna Boy-featuring, Beenie Man-sampling ‘Simmer’ is a balmy dancehall bop that catches the last few rays of summer.

As confident a debut as you’re likely to hear, Love & Compromise reveals Mahalia as an honest, perceptive songwriter. With its refreshing message of self-love and lustrous, unfussy arrangements, the album radiates positivity. Going through a tough breakup? Need to fall in love with yourself again? Just had a really shit day? Mahalia has the cure.