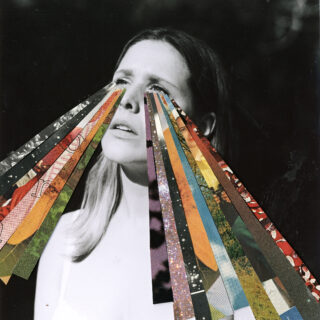 Today We’re The Greatest, the second album from Sydney trio Middle Kids, is touted as a pluckier, more personal outing than their impressionistic debut, as the band decamp to LA for haughty recording sessions and songwriter Hannah Joy adopts a less veiled approach to her lyricism.

Personal? Certainly. Joy expresses heavy pangs of sentiment as she gushes through songs written during early stages of pregnancy with her first child (with husband and bandmate, Tim Fitz). While unearthing topics of trauma, marriage, and parenthood, they double down on the saccharinity; ‘Run With You’ concludes with audio taken from their unborn child’s 20-week sonogram, in what I can’t quite resolve as an endearing inclusion, or a moment that feels more Mumsnet influencer than indie rock.

Sonically, the record is also bathed in gooey romanticism, with glossy production bolstering acoustic foundations. The shimmering guitars of ‘Cellophane’ reveal arena-sized dynamism, whilst the slow burn of ‘Bad Neighbours’ provides potential for a lighters-out, loved-up encore. On ‘Lost in Los Angeles’, Joy shows off a powerhouse vocal, but the posturing banjo gives off the same feeling of indie rock cosplay as Taylor Swift’s Folklore. Unfortunately, this artificiality is found elsewhere too – ‘R U 4 Me’ sounds like Noah And The Whale were tasked with writing music for a banking advert in 2009.

Although it’s a sunshine-soaked affair, dripping in syrupy sentimentality, the way that Middle Kids wrestle between indie rock, all-out pop and an almost overbearing pleasantness amounts to an experience that proves a little cloying.