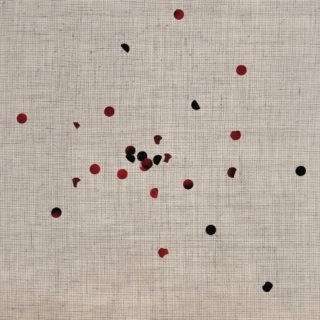 Despite Aaron Hemphill’s amiable departure from Liars prior to the inception of the group’s 2017 album ‘TFCF’, his debut solo effort is pieced together and expanded from years of “unorthodox” studio experimentation – poorly situated microphones, drumming without a click track, etc. While the results fall yards short of far out, ‘Scented Pictures’ is still admirably hideous, strained from a single-minded hunt for melody in a discordant thicket.

It may as well be said that ‘Scented Pictures’ sounds Liars-derivative. We first heard the derailed, skittering drumbeats of ‘Cherry Cola’ on group release ‘They Were Wrong, So We Drowned’, and the obtuse pop of ‘The Timeless Now’ recalls the spots of subdued electronica on ‘WIXIW’. The album’s first half buzzes violently thanks to Hemphill’s ear for uneasy harmony, but the second half ultimately betrays a lack of commitment and half-heartedly settles for something like Animal Collective after the sugar rush.

There’s also bound to be filler on an album with a few neat tricks. Why are short, bare bones tracks like the introductory ‘I Can Feel the Freeze or Fade’ and ‘Fast Hat, Main Hat’ arbitrarily included when their glitchy sonic characteristics are so refined on ‘Ditchglass, They Think’? There’s nothing wrong with an album-as-archive approach, but the potential here feels only half-wrung.

With Nonpareils, Hemphill wanted to create “something plural”, the sound dynamic of a group as opposed to a solo musician. But a lot of ‘Scented Pictures’ just invokes a lone wolf producer – if not a joyless one, then one who should probably get out more often.