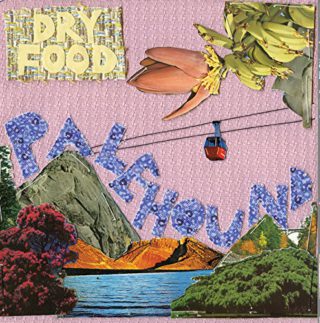 In a marketplace that isn’t exactly suffering from a dearth of charming lo-fi singer-songwriters peddling tales of heartbreak and loneliness, it’s clear from the off that Ellen Kempner is going to have to set herself aside from the pack on her debut LP under the Palehound moniker. With ‘Dry Food’ she just about pulls it off, having crafted a beguiling pop record out of her own idiosyncrasies.

Based largely around her first big break-up – she was still only 21 at the time of recording – the album is a showcase for her consistently abstruse observational lyricism, finding metaphor in clogged shower hair on ‘Dixie’ and musing on her own lifestyle choices on ‘Healthier Folk’. She wears her influences – Kim Deal, Elliott Smith, her old camp roommate Sadie Dupuis of Speedy Ortiz – pretty firmly on her sleeve, but there’s room for experimentation, too, the awkward guitar and scratchy reverb on the Mac DeMarco-esque title track being a case in point. Like Waxahatchee, Palehound are here to authentically remind us all what it was like to be just out of our teens.