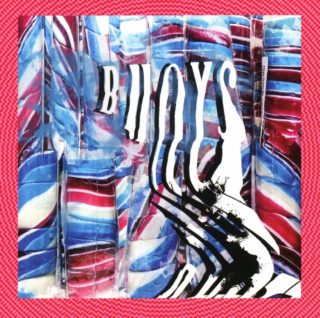 Somewhere in Noah Lennox’s ocean-universe of a brain there’s a dolphin that looks like it’s just come out of a toothpaste tube. In the video complementing single one it performs as an approximation of the acrylic-smooth legs that made a kaleidoscopic invasion of the Isle of Man flag in Animal Collective’s ‘FloriDada’, and the slightly brusquer, silkily glib, morph-man in Adult Jazz’s ‘Eggshell’. It’s an uncannily unhuman (or undolphin) point to resume proceedings for Panda Bear, but not dissimilar to his meeting with the Grim Reaper released almost four years ago.

Within this transition, Lennox’s sound has become notably sparser, more reserved and sincere, glooped out by psychedelic accompaniments but sounding cleaner and more buoyant in his vocals than he has since ‘Young Prayer’. While there’s an admission to pandering (sorry) his production to a younger audience – wanting familiarity to younger ears – this doesn’t just concede to the sample-based, hip-hop-admiring indie he’s had a hand in pioneering for the last decade; there’s a toque guitar-led flamenco riff hiding behind ‘I Know I Don’t Know’ and ‘Cranked’, a flow of melismatic melody to rival Arthur Russell, and thick multi-tracked auto-tune that would sit on Bon Iver’s Trap Covers Compilation (coming soon?).

‘Buoys’ is at times a Spaghetti Western, at others an intergalactic synth battle, and then it sounds like someone’s singing a Scott Walker song through a swanee whistle. Where there’s a proportion of indie fans looking to artists like Panda Bear to keep the critical home fires burning, he’s managed to do it this time underwater.