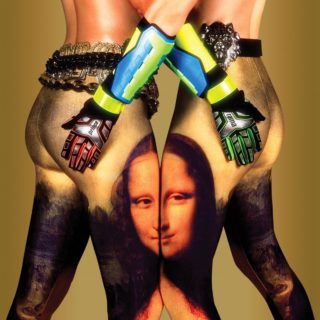 “In the year 2067, I witnessed an aesthetic landscape where art museums are sponsored by energy drink beverages and beauty is determined by speed. I saw a vision of ancient tapestries stretched across half-pipes and people base-jumping off planes with the Mona Lisa smiling up from their parachutes.” That’s just one small nugget from Takara Larson’s absurd description of the Brooklyn sisters’ new record.

According to its creators this is the “world’s first extreme sports album” and a lot of the time it’s every bit as brash, boisterous and daft as that sounds. That doesn’t mean its without intelligence or nuance. It’s synth-pop with verve and swagger. The soaring harmonies of ‘Your Life in the End’ and the folky flutter of ‘Sochi’ are two pertinent examples, whilst there’s a touch of krautrock to the album’s standout, ‘Now Is The Time Of Emotion’. At points the silliness threatens to bubble over, like on ‘Xtreme Now Energy’’s guitar dirge, but it really shouldn’t be so refreshing to encounter an electro-pop record that puts fun first and everything else second.