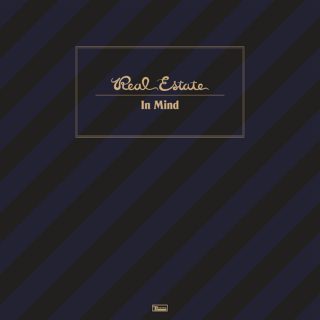 Similar to 2014’s ‘Atlas’, Real Estate’s fourth LP fails to pack the punch of breakthrough album ‘Days’, as their usual propensity for melody is lost beneath too much focus on attempting to subvert genres in a way that seems at times contrived. While a track like ‘White Light’ is guitar music at its most accessible, with its formulaic pop structure, ‘Diamond Eyes’ attempts to emulate alt-country with results that are almost parody. Glimmers of the band at their best can be heard on the wonderful ‘Two Arrows’ and ‘Same Sun’, the latter sounding like a lost demo from ‘Days’, if it wasn’t for the overly polished production, and, fortunately, pastoral guitars and elegantly deployed arrangements are still happily at play throughout.

Also, as a group that has always drawn from others heavily influenced by The Beach Boys, one quality that’ll certainly excite fans of both bands is that ‘In Mind’ is Real Estate’s most ‘Pet Sounds’-influenced record to date. Still, in a world where the white male indie band has become a tedious pandemic, it’s simply not enough to hold your attention.