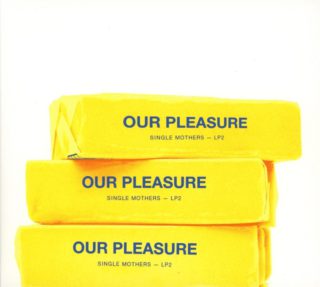 There are quite a lot of things that Drew Thomson doesn’t like. Across the course of Single Mothers’ second album, his antipathy includes religion, word processors and body fascism. With his splenetic delivery and ‘yeah yeah yeah’ sarcasm it’s difficult to tell whether this is bratty suburban frustration or a new generational voice of disillusionment. His self-deprecation and frequent allusions to self-esteem nonetheless make his lyrics one of the Ontario quartet’s key selling points. Matching this bile with hardcore guitars and skull-crusher drums, ‘Well-Wisher’ and ‘Long Distance’ are fairly standard, gnarly post-punk tunes that compensate for their lack of subtlety with unrelenting energy.

More interesting are the band’s attempts to combine this rage with slacker-rock. ‘Bolt Cutters’, for instance, is like Pavement recording Nirvana’s ‘Bleach’ and ‘People Are Pets’ twists and turns its way through ’90s grunge and rock melodies. These influences, combined with Thomson’s lyrics, broaden the band’s appeal beyond the post-hardcore scene and adds some tonal variety to their moments of contemptuous pleasure.