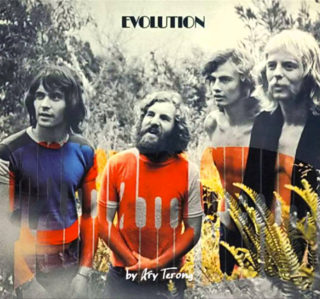 There doesn’t appear to be any official line on why Anthology Recordings have chosen now to release – for the first time on its own – the soundtrack to the 1969 cult surf movie ‘Evolution’, so we might have to look for answers in the music instead.

Australian psych-rockers Tamam Shud recorded this album live with the film it was to soundtrack projected onto the wall of the studio, but the results aren’t as fluid or freeform as you might expect; this very much feels like a collection of songs rather than one long mood piece. There’s plenty of points at which you can recognise where this kind of fuzzy sixties rock and roll is being appropriated in 2016 – see the noodling guitar work on ‘Falling Up’, or the transition from prettiness to posing on ‘The Slow One and the Fast One’, which feels like a forerunner to their present-day countrymen Tame Impala.

What really marks ‘Evolution’ out as a curio, though, are tracks like ‘Mr. Strange’ or the ‘Pet Sounds’-skewering ‘What a Beautiful Day’ – genuine psychedelic weirdness from a bygone era.