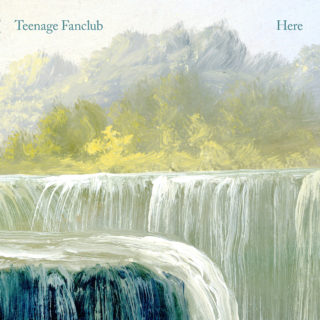 For the three albums since their 1997 high water mark ‘Songs from Northern Britain’, new Teenage Fanclub records have been the musical equivalent of putting on a woolly jumper for years on end. It’s been looked after well enough to avoid becoming threadbare, but the further it falls out of fashion, the less inclined you are to take it out of the wardrobe. The first Fannies album for six years, ‘Here’ is no different. The quintet add a few restorative stitches around the edges, but stick to their homespun, decidedly mature sound. ‘Hold On’, ‘It’s a Sign’ and ‘With You’ all recall the band’s earlier work from their very titles on down, but it’s still difficult to express any doubt about the mellow sounds on offer.

This record’s twelve songs are comforting, comfortable, and gorgeously crafted, but they’re also as undemanding as they are rewarding. They say it best themselves during ‘Hold On’: “Simple pleasures are all we need.” It’s a humble manifesto that sums up ‘Here’ almost to a fault.