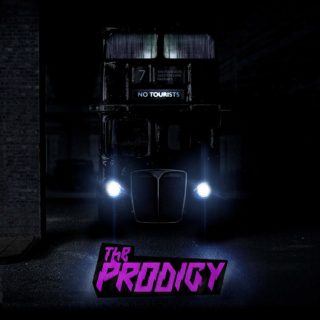 When The Prodigy signed with BMG earlier this year and announced what, surprisingly, is only their seventh studio album (they never seem to stop touring), Liam Howlett attempted to elucidate the album’s themes, and its title, by explaining that ‘No Tourists’’ ethos was that “there is always more danger and excitement to be found if you stray from the set path.” Put bluntly, that’s a difficult statement to square with the ten tracks contained herein, because they don’t meander far at all from the basic blueprint of latter-day Prodigy that the group laid down on 2009’s ‘Invaders Must Die’ and then doubled down on in 2015 with ‘The Day Is My Enemy’. The basic idea seems to be to pummel the listener into submission, with opener ‘Need Some1’ setting the tone, which runs at three minutes and twenty seconds, but plays like the same 32 bars of wonky synths on repeat, with not much in the way of a beat.

The title track and ‘Champions of London’ follow a similar formula, whilst the tracks that hint at the group’s nineties heyday – ‘Light Up the Sky’, ‘Boom Boom Tap’ – feel stuck half way between the then and the now. The standout moments come courtesy of the collaborators; a fierce guest turn from Ho99o9 on ‘Fight Fire with Fire’ injects some much-needed vitality at the midpoint, and an unlikely hookup with Barns Courtney (on closer ‘Give me a Signal’) pays more dividends than you’d expect.

‘No Tourists’ will doubtless fare better in a live environment than it does on record, but it does leave you with the unshakeable sense that The Prodigy are in considerable need of an ‘Invaders Must Die’-style reinvention if they’re to remain relevant in the studio.