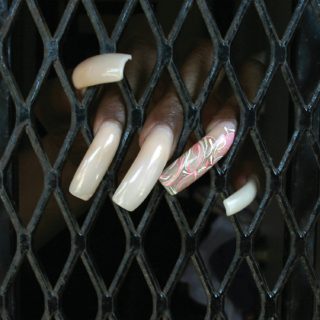 Mexican electro pop merchants Titan have been knocking about since the early nineties, but this is their first new release since 2005. This time out the trio have drafted in an unusual and eclectic bunch of collaborators including Gary Numan, and Siobhan Fahey of eighties bubblegum pop outfit Bananarama (and, more credibly, Shakespeare’s Sister). Opener ‘Dama Fina’ is pleasant and unassuming electro pop, but ‘Tchaikovski’ is darker, dirtier and buzzes with menace, channelling retro console game music.

When Numan makes his appearance on ‘Dark Rain’, things start getting really interesting; sparse, shiny and coldly melodic, it’s an industrial slice of genre-driven majesty, like Duran Duran put through a grinder. ‘El Rey Del Swing’ meanwhile recalls a more dance-driven PiL. Most of ‘Dama’’s vocals are in Spanish, which helps fend off a prosaic, slightly naff sound on the whole. Elsewhere, in between some musically thrilling moments, though, the dated air eventually blunts its sharper edges.