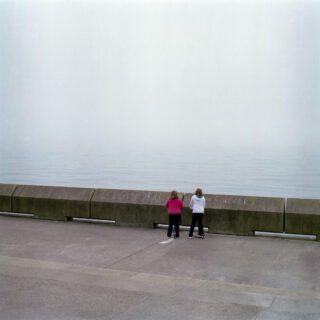 How much rock is noise? How much noise is rock? TV Priest attempt to answer this in a post-punk fashion. Following their signing to Sub Pop and release of their debut Uppers, My Other People has a sense of taking the first wobbly step after a rollercoaster. They set aside melody in favour of gritty live drums that complement lead singer Charlie Drinkwater’s vocals; going with the grain of noise, they fall into a trap of becoming lost in it.

Existentially grasping reality by the throat, their bravado as philosophically challenged musicians lacks the vulnerability needed to suck you in. However, the reflective lyrics feel genuine and Drinkwater’s vocals carry a pleasing Nick Cave character; lingering between spoken word and unruly singing, he takes on the role of poor witness to the world attempting to capture what he saw.

Contemporaries like IDLES don’t reject the power of melody, and incorporate headbanging guitar arm-in-arm with pounding drums. On My Other People, tracks like ‘Unravelling’ and ‘My Other People’ seemingly need to be gotten out of TV Priest’s system before they can deliver more complete work.

‘The Breakers’ shows the direction that TV Priest could go in. The highlight of the album, the sharp guitar riff feels more polished. Although it may be ironic, even hypocritical, to be more contained as a post-punk band, it suits them more. They leave space for the track to become more chaotic as it progresses, hidden synths still being the grounding force. Drinkwater’s vocals reel it in when it’s on the edge of flying off the handle.

To elevate the thoughtful observations of Drinkwater, there should be a meeting of percussive and melodic minds for TV Priest. Cacophony has peaks and troughs; to push themselves to the next level, the four-piece need to find more rock in their noise.