For someone with the prolificacy of Ty Segall (this is something like the fourth release of 2018) you’d think that a covers album might have at least allowed him license to relax a little. But, predictably, ‘Fudge Sandwich’ isn’t just an eleven track rehash handholding his garage rock forefathers. The fuzzy follow-up to the exultant ‘Freedom’s Goblin’ and his piercing collaboration with White Fence, ‘Joy’, takes from a roster of folk, funk and soul, swallows them whole and lets some psych-rock digestive system work its magic.

The downside is that this magic rarely happens. Most tracks sound chewed up in the same homogenous stodgy texture of a fudge sandwich. The self-conscious rendition of Krautrock pioneers Amon Düül II’s ‘Archangel Thunderbirds’ stamps all of the magic out of The Breeders’ dreamscape version of the same song earlier this year. An energy-less version of The Spencer Davis Group’s ‘I’m A Man’ plays like Axl Rose on laxative – the squealing guitar solo over FM-noise/fuzz silences the Trojan-like production of the original. ‘St Stephen’ lacks imagination, removing the careful prog silence that builds up through The Grateful Dead’s ‘Aoxomoxoa’. Even John Lennon’s echoing ‘Isolation’ loses its environmentalist intent in Segall’s exhaust pipe.

The greatest cover albums of the last few decades have articulated something: Johnny Cash rejuvenated the pervasive straw-chewing persona of country music on his ‘American Recordings’; Rage Against The Machine pre-meditated their split by constructing MC5 and The Stooges as politically reverent to their fanbase on ‘Renegades’; even Nick Cave’s ‘Kicking Against The Pricks’ – essentially a punk-rock karaoke record with more spelling mistakes than musical moments – was joyously alive.

The first bite of Ty’s fudge sandwich is tasty enough; a brilliant version of War’s hot-rodding funkadelic ‘Low Rider’ swaps car horns with croaky vocals. The delivery of The Dils’ ‘Class War’ plays like an energetic call-and-response between two bands pivotal in San Francisco’s nascent punk scene decades apart. And Gong’s ‘Pretty Miss Titty’ finds a dirge-like highlight in its esoteric protagonist, the big bad businessman (have you any love?). MAGA, etc. But at the end of it all, Segall’s fourth (a fifth has since arrived) outing of 2018 is the low point of a very successful year, an intriguing addition to a songwriter challenging psych-rock conventions, but a little hard to digest. 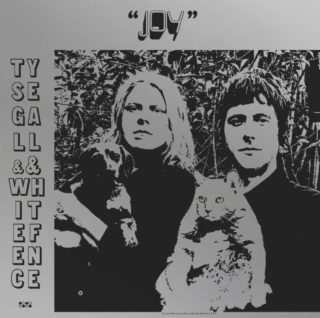