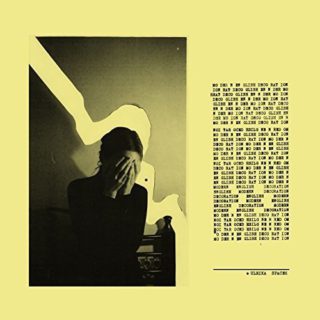 Ulrika Spacek was conceived by songwriters Rhys Edwards and Rhys Williams while travelling in Berlin, and introduced to us with last year’s debut album, ‘The Album Paranoia’. Now settled back in East London with a solid band alongside, they’ve wasted no time in returning with a new record that builds upon their fast-growing universe of astral art-rock. Recorded at the quintets shared house, its 47 minutes offer an intimate aesthetic, submerging you into their environment by capturing everything from the hum of feedback to the distant whirling of sirens from the street outside.

The instrumentation moves from wrought to oceanic, casting a hypnotic mood with layered, intertwining passages. ‘Mimi Pretend’ and ‘Victorian Acid’ grow from ethereal electronics and ghosting vocals to a noisy yet melodious collision of post-punk and shoegaze. It’s where the the reverb-smothered touchstones of Sonic Youth and My Bloody Valentine meet, with added nods to Slint – a window into Ulrika Spacek’s world; an introspective house of absorbing alienation.