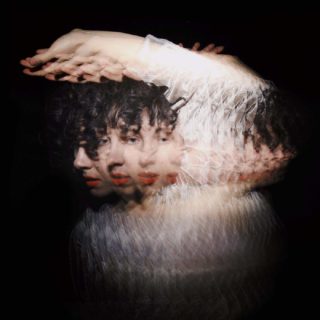 Ultraísta are a supergroup of sorts, made up of Beck and REM’s live drummer Joey Waronker, wispy electro-pop singer Laura Bettinson, best known for her work as Femme and Dimbleby & Capper, and long-standing Radiohead producer Nigel Godrich, who has guided Thom Yorke and co through every album of theirs since OK Computer. Of those three, it’s Godrich’s fingerprints that appear to press heaviest on Ultraísta’s second album: the skittering beats are sliced and diced with the sort of beautifully uncanny human–android push–pull last heard on In Rainbows, and pleasingly textural and three-dimensional synth tones create an engrossing soundworld of electronic fuzz over which Bettinson can layer her glacial coo.

What’s missing, unfortunately, is anything resembling a memorable melody: vocal lines are treated more like looped samples than songs, and the result is a series of almost identically (although evidently painstakingly) constructed edits of studio jams that are impeccably tasteful, immaculately crisp, and disappointingly sanitised. Flickers of life are audible in ‘Water In My Veins’, ‘Bumblebees’ and ‘The Moon and Mercury’, where Bettinson is allowed a degree of looseness in performance, stretching out the arrangements to create some much-needed space, but otherwise Sister is too often hamstrung by its cold, audiophile perfectionism. On the one hand, this is dazzling to encounter – the entire album gleams sonically, every edit feeling super gourmet with nary a hair out of place – but on the other, such airtight cleanliness leaves Sister frustratingly gutless; a masterclass in studio production technique in desperate need of songwriting calibre to match.