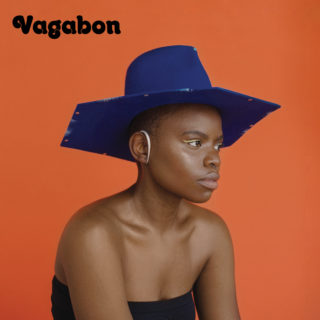 The breakout success of Lætitia Tamko’s first Vagabon album, 2017’s ‘Infinite World’, should have been a validation. Instead it left the Cameroon born, New York based musician in a state of anxiety-induced writer’s block.

She broke it by writing a track for a well-known pop duo. Liberated from the constraints of what should constitute ‘Vagabon’, she eschewed the DIY indie-rock with which she made her name and embraced a more electronic sound. The resulting song, ‘Flood’, was so good she decided to keep it and it became the springboard for her second album.

With its portentous synths and cavernous drumbeats, the track is representative of the wider release’s debt to hip-hop and R&B. These influences can be directly heard on ‘Water Me Down’, the slow build arrangements of which could fit onto the similarly bedroom produced ‘Visions’ by Grimes, and ‘Please Don’t Leave The Table’, which seems to take inspiration from ’80s soul.

Such dance-floor orientated material has immediate appeal but it’s the more chilled tracks, which draw from a wider range of influences, that best demonstrate the way in which she’s stretched herself as a writer. The lushly textured ‘In A Bind’, for instance, opens with just her tenor voice and a finger picked guitar melody. As she sings about someone she can’t quite reach (‘I know that I was gone a lot last year/ But I hoped you’d still be here’), the words themselves go out of reach and are replaced by a wordless choral refrain that takes its inspiration from Ali Farka Touré.

‘All The Women’, meanwhile, was written in response to a Nayyirah Waheed poem. Its seesawing electro-folk is a self-described anthem for “people who are marginalised by our society,” a theme that’s also taken up by the R&B styled ‘Wits About You’. Dropping to just voice and electric piano, it addresses those who’ve found themselves positioned as The Other (‘I was invited to the party / They won’t let my people in’).

It’s this spirit of support and encouragement, which is borne through by her personal experiences, that lifts the album into a quiet success.