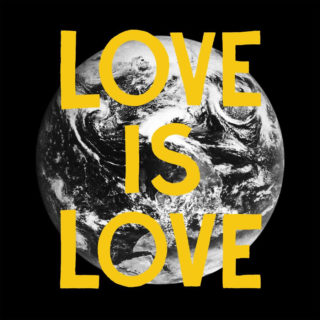 Woods – the Brooklyn-based project headed by Jeremy Earl – have been around for a long time now, amassing a significant body of work since 2005, and often delivering a record a year. ‘Love Is Love’ is, by my reckoning, their tenth album, and the follow-up to 2016’s ‘City Sun Eater in the River of Light’. It’s fair to say that this is more of the same, which has never been a real problem in the past.

The opening title track here is suffused with the sound of ’70s psych-rock once again, both in musical feel and lyrical content – if a rabid funk bassist got hold of The Eagles’ ‘Hotel California’, this is what it might sound like, complete with fiery guitar solos and sweaty head-shaking and Earl’s high vocals that still comfortingly resemble Neil Young. The instrumental ‘Spring Is In The Air’ then has an epic opening and proceeds at imperious pace; it’s the kind of music that might soundtrack a black and white film about the Roman empire. A real high point comes with the infectious, loose funk riffs of the closing ‘Love is Love (Sun On Time)’.

As before, the music itself is beyond Woods’ psych-folk peers, with bold trumpet melodies carrying some songs and all 6 tracks here soaked in melodies that reek of the great American songwriting craft. The problem really is that you could have dropped the needle on this record in the seventies, eighties, nineties… any of the preceding five decades. It is such a facsimile, such a faithful representation, of a bygone musical era that there is almost nothing to jolt you back to 2017. So, if you’re prepared to accept and ignore that, ‘Love is Love’ is almost as unmissable as Woods’ high water mark ‘At Echo Lake’ – encompassing, multi-layered and lovingly played. If not, and you feel a need for a shred of originality in your music, then it’s little more than a pleasant pastiche.